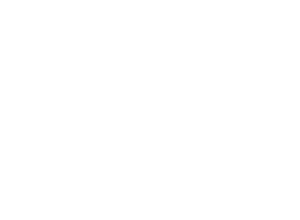 Hill’s Minnow Farm got it’s humble beginnings from our founder – Raymond Hill. In 1965, Raymond set up some cast iron bath tubs under a shed and started selling minnows.  Over 50 years later, the legacy of Raymond’s small bait shop is now a staple of the community.

Raymond worked for N.C. Finishing Company, a textile mill located on the Yadkin River. He decided to start selling bait to fishermen on their way to High Rock Lake, and even started growing minnows and raising worms himself. He soon had a regular stream of cars visiting the cinder block building behind his house to purchase supplies on their way to their favorite fishing hole.

Raymond, along with his hard-working wife Pauline, took customer service to the next level. He even had driveway bells installed behind the headboard of his bed, so that if customers came in the middle of the night to get minnows, they would wake him up and he would go wait on them. This level of dedication eventually began to take a toll on Raymond, and he decided that he would need to either close or sell the store for his health.

It was at that point, in 1989, that Raymond’s son Terry purchased Hill’s Minnow Farm from his father and moved the business to it’s current location. A few years later, he added gasoline. Since that time, he has added two significant expansions to the store, and has added several new services, including a kitchen where customers can get pizza, hamburgers, hot dogs, and sides for lunch or dinner.

Hill’s Minnow Farm has remained owned and operated by the Hill family for the entirety of its existence.  The “Hill Girls,” Mary and Lisa, grew up in the store and have worked there since they were old enough to count minnows.

This website uses cookies to improve your experience while you navigate through the website. Out of these cookies, the cookies that are categorized as necessary are stored on your browser as they are essential for the working of basic functionalities of the website. We also use third-party cookies that help us analyze and understand how you use this website. These cookies will be stored in your browser only with your consent. You also have the option to opt-out of these cookies. But opting out of some of these cookies may have an effect on your browsing experience.
Necessary Always Enabled
Necessary cookies are absolutely essential for the website to function properly. This category only includes cookies that ensures basic functionalities and security features of the website. These cookies do not store any personal information.
Non-necessary
Any cookies that may not be particularly necessary for the website to function and is used specifically to collect user personal data via analytics, ads, other embedded contents are termed as non-necessary cookies. It is mandatory to procure user consent prior to running these cookies on your website.
SAVE & ACCEPT